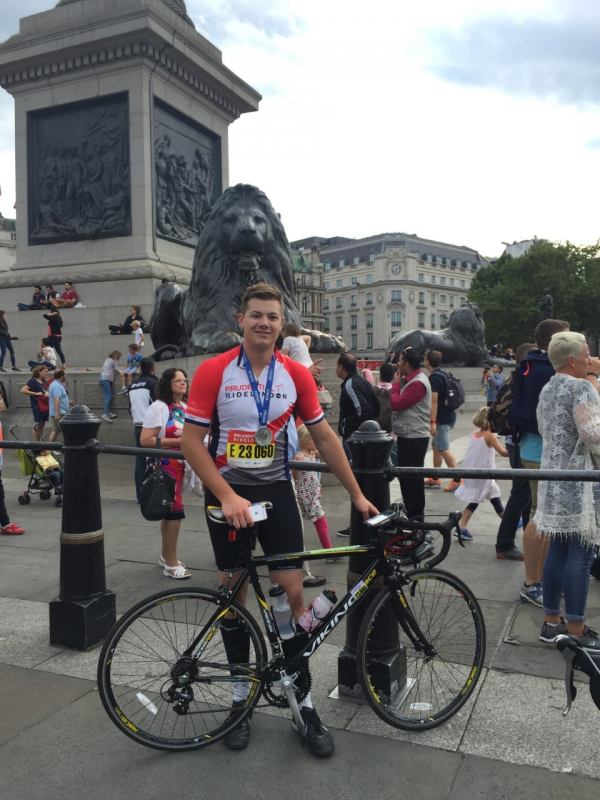 Benjamin Peters finished the Pru 100 cycle race on 31/7/16 and raised an amazing amount of money for the MPGN/DDD Support Group. As an employee of the Prudential Group, Benjamin rode as part of Team Prudential in this year’s 100 mile event which started in the Queen Elizabeth Olympic Park, then followed a 100-mile route on closed roads through the capital and into Surrey’s stunning countryside. This is the route made famous by the world’s best cyclists at the London 2012 Olympics, and as you would expect it features some tough climbs before it finishes on The Mall in central London. A big thank you from all of the Trustees and Members Ben. Well done!

Find out what we’re doing right now and how you can help: